Welcome to the team, Damon Clark!

Damon B. Clark was sworn into service Monday night at the DeLand City Commission meeting.

Damon was born and raised in Cleveland, Ohio, after graduating high school and after a short stint as an automotive technician, he enlisted in the United States Marine Corps, as a field radio operator.

After a tour in an artillery battery as a radio operator cross trained into forward observer, he transferred to MacDill Air Force base in Tampa, wherein he started a lengthy career in the Special Operations Forces.

After leaving the military and working in the automotive field, Damon decided to follow in the family footsteps of becoming a police officer.

Welcome to the PD, Damon! 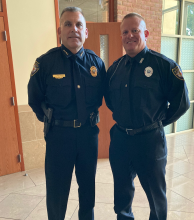 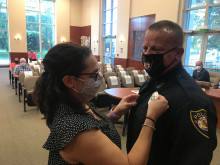 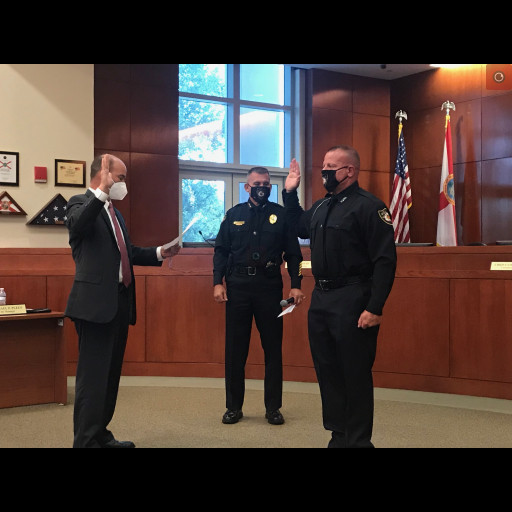