A drug warrant roundup and narcotics operation resulted in several arrests Wednesday in and around DeLand’s Spring Hill area.

The day’s arrests included 6 wanted subjects with warrants from previous narcotics investigations, plus 4 more defendants who were already in custody on other charges. An additional arrest was made when a man tried to leave the area of the operation and was spotted tossing bags containing crack cocaine and heroin.

Following the warrant roundup, 3 more people were arrested during a reverse narcotics sales operation in an area commonly used as an open-air drug market around the Friendly Way Food Store at West Beresford and South Florida avenues. Those brought the final tally to 14 arrests.

Arrested on outstanding warrants were:

Also arrested during the operation:

Already in custody and served with their arrest warrants Wednesday were:

• Derrick Soloman (DOB 11/21/1994): Sale of cocaine within 1,000 feet of a park (held without bond on prior charges including possession of cocaine with intent to sell and child neglect)

Arrested during the reverse narcotics operation were:

The operation was a joint effort involving members of the Volusia Sheriff’s Office and DeLand Police Department along with the East and West Volusia Narcotics Task Forces, Deltona Narcotics Enforcement Team, and VSO Crime Suppression Teams.

Further investigation will continue, with similar operations occurring in the future.

Footage from the operation can be viewed at: https://fb.watch/doCJ4qvSDt/ 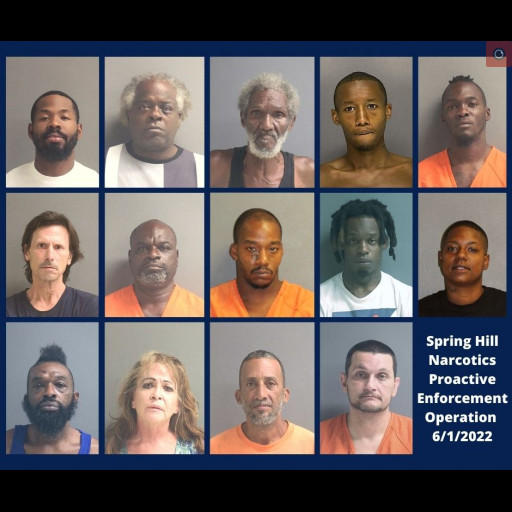