K-9 Zoie was named after the daughter of Mr. and Mrs. Eric and Megan Weinberger who made a generous donation to DeLand PD to purchase K-9 Midnight who is teamed with Officer Damon Clark. 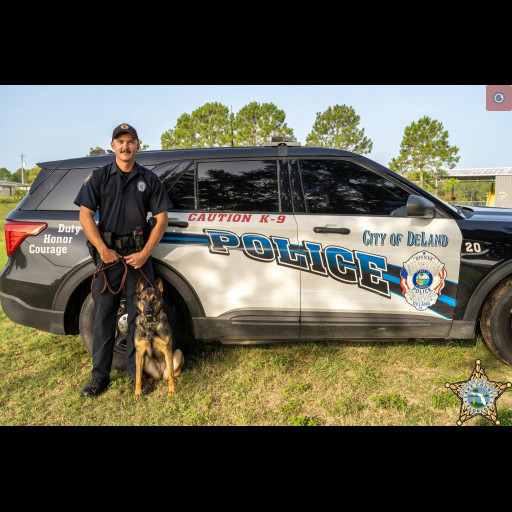