Officer Rideout of the DeLand Police Department has been nominated for a Gold Medal for Valor in the 2022 West Volusia Chamber of Commerce Valor Awards. Chief Umberger nominated Officer Rideout for his excellent use of judgment and restraint when faced with a knife-wielding sex offender with an active warrant in July of 2021. There were several bystanders, including young children, behind the subject who could have been put in harm's way if Officer Rideout had to resort to using his taser or weapon to subdue the subject. Officer Rideout safely de-escalated the situation using distance and time to take the subject into custody without anyone being injured.

The full story is featured in the West Volusia Beacon. 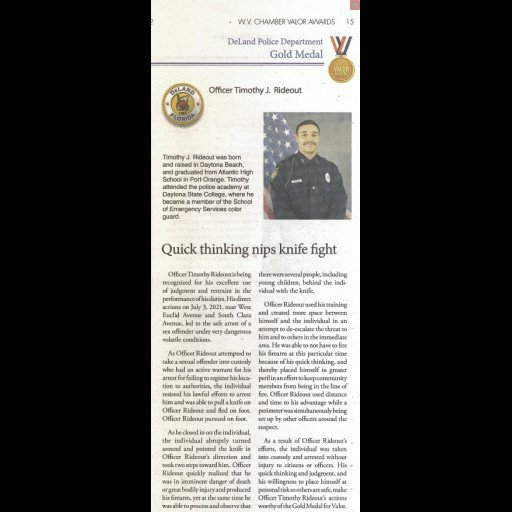