Mac McBride to retire after 45 years

When Commander Francis “Mac” McBride first started patrolling DeLand’s streets in 1975, he wanted to let business owners and residents know someone was looking out for them.

But he never dreamed he would be the watchful eye over Downtown DeLand for nearly half a century.

For 45 years, McBride has been a fixture in the city’s downtown district, often waving to residents and business owners on his daily strolls through the community. On Friday, he’ll make his rounds one last time.

Born in Rockledge, Florida, McBride always seemed destined to be a police officer – his father and brother were in law enforcement and his uncle was in the U.S. Air Force as a military police officer.

Mac moved to Daytona Beach before settling out west in Barberville and then eventually DeLand. He would start working in the 1960s at Sherwood Medical Industries a few miles northeast of DeLand. By 1975, he started donning a badge at night as a rookie officer for the DeLand Police Department.

He never intended to be Downtown DeLand’s officer-in-residence, but received a warm reception from merchants when he introduced a program dubbed “Night Eyes.”

“I would check the doors around town and slip a card in the door to let them know I had been there or that I had found it unlocked,” McBride said. “That took off and that really started my downtown (experience). The merchants thought it was one of the greatest things that had ever happened to downtown – that someone was checking to make sure their businesses were fine.”

As McBride continued to tend to Downtown businesses, merchants would return the favor – bringing him meals as he battled various illnesses and a bout of cancer in his formative years.

Indeed, MacBride has left his mark on the many officers that have served with the DeLand Police Department and merchants selling their wares along Woodland Boulevard.

Former Police Chief Bill Ridgway said McBride was his first training officer when he started with the police department. While many departments have pushed for community policing programs, McBride was one of its pioneers, Ridgway said. The former chief added there will likely never be another officer like McBride.

“I got to see how he built relationships and those connections with the community, he was ahead of the curve,” Ridgway said.

Former Police Captain Pete Moon, who retired and now works part-time for the PD, says he had the pleasure of watching McBride over the years start out as a “feisty young man” to a “beloved old man.”

“When I was a young officer, he was an inspiration, mentor and always willing to help,” Moon said, adding that later “as his supervisor, he was team-oriented and willing to do what it took to get the job done.”

“His passion and love for our downtown is obvious,” she said. “Mac truly cares for and strives to protect every merchant and he will surely be missed.”

Mayor Robert F. Apgar said McBride is loved by many in the community.

“Mac is an icon and it’s truly a remarkable story that someone continued to serve our community for 45 years,” Apgar said.

“It’s a rare thing when you talk about someone with 45 years of service in one place,” said Umberger, who was 7 years old when McBride started with the PD. “I’ve truly been blessed to work with someone like him.”

McBride had nothing but praise for the nearly half dozen police chiefs including Umberger, who whom he has served alongside during his tenure.

McBride plans to spend his retirement with family in Alabama, but his spirit will endure in downtown DeLand for many years to come. Earlier this year a mural was commissioned in his honor. It can be viewed on the northern exterior of Dick and Jane’s restaurant at the corner of Woodland Boulevard and Rich Avenue.

“It’s sad to see him go because he was such a fixture in downtown,” said Scott Price, owner of Dick and Jane’s and a former city commissioner. “We’ll miss him and his service. I don’t know how we’ll replace him.”

McBride said it’s surreal to see his mural, but it reassures him he served his community well.

“I hope I did the right thing,” he said. “Everything that I’ve done now goes back to that mural. It’s an honor to know that my legacy is that I cared about the people and people cared about me.” 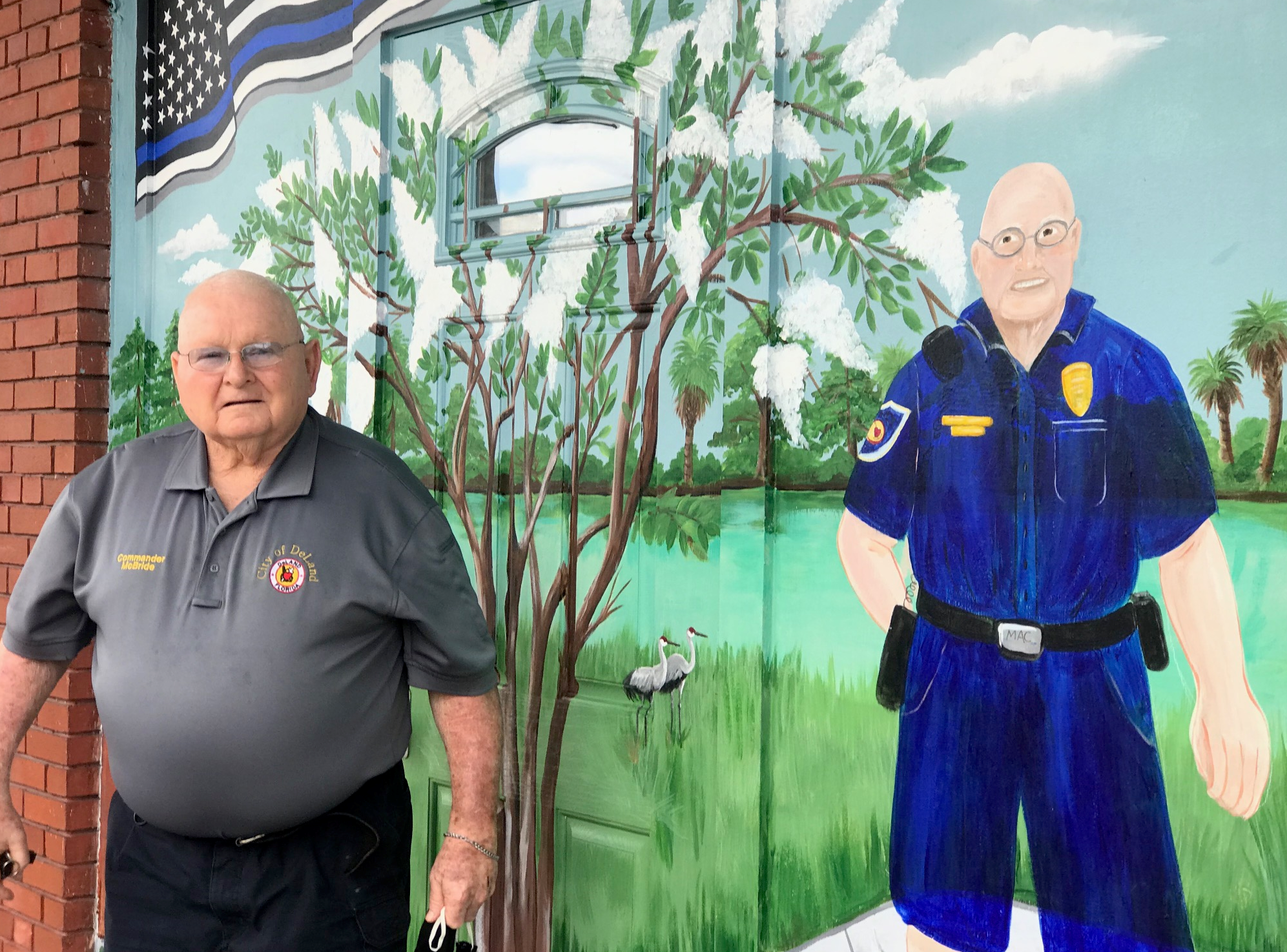 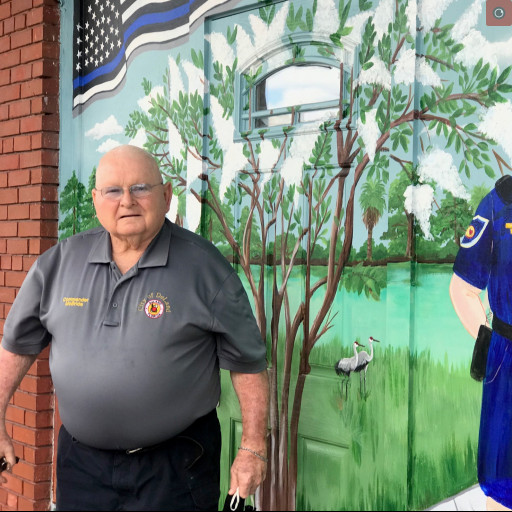