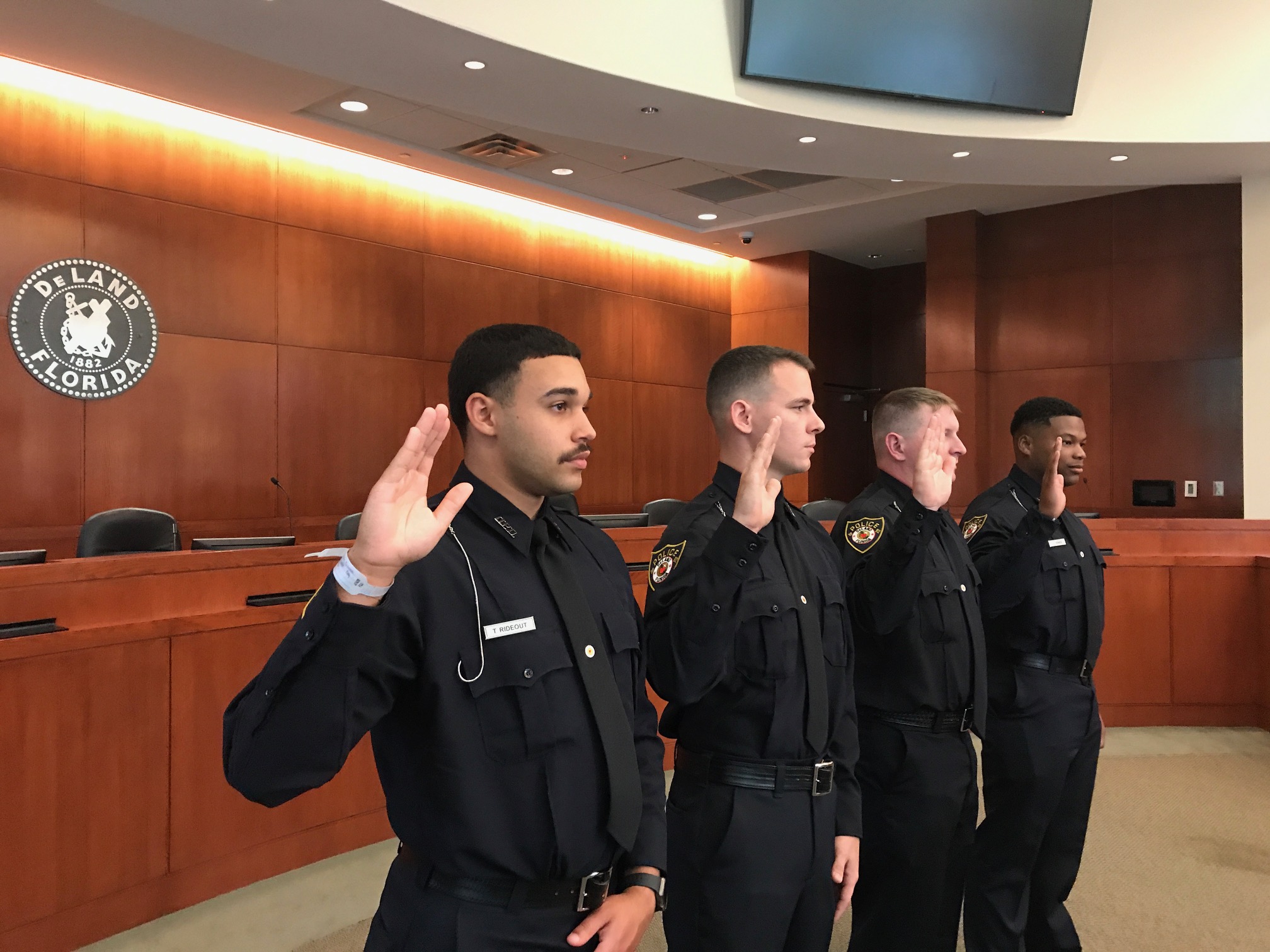 Timothy Rideout was born and raised in Daytona Beach, FL. He is the youngest of three and is the only one of his siblings born in Florida.

Rideout graduated from Atlantic High School in Port Orange, Florida in 2018. While attending he was a 4 year varsity wrestler as well as captain of the school’s wrestling team and a record-breaking athlete. He was also a student leader being the ambassador for the school’s law and government academy and an honor roll student.

After graduating he joined the police academy at Daytona State College where he then became a member of the School of Emergency Services color guard.

Kyle Jones was born January 21, 1996 at the South Seminole Hospital, in Longwood. He has lived in Florida all his life. Graduated from Lake Mary High School in 2015. Then graduated the police academy at Seminole State College in April of 2019. Kyle believes in maintaining a healthy lifestyle, as it is a necessity for a carrier in law enforcement and to be successful in life.

Michael Harris was born at Halifax Health Medical Center and has lived in DeLand his whole life. The only time he left was for military service. He wanted to be a part of the department that keeps his hometown safe. DeLand is his home and he looks forward to maintaining a safe place for community members and visitors.

Jonathan Jones was born and raised in Tampa, Florida, to Anthony and Kimberly. He grew up with five brothers and three sisters and was considered the middle-child.

He attended and graduated from Brandon High School in Brandon, Florida in 2014. While in high school he participated as a varsity football player, member of the Army JROTC program and was considered an Honor roll student.

After high school he accepted a partially scholarship to attend Lebanon Valley College. It was there that he was recognized as a student-athlete for two sports and earned MAC All-Conference Honors while playing football. Also during his time at Lebanon Valley College he was able to obtain Student Leaders of the Year award his junior and senior year at the school and completed his time there by obtaining a Bachelor of Arts degree on May 16, 2018 in Sociology with a concentration in Criminal Justice and a minor in Law and Society.

Congratulations to you all and welcome to DeLand PD! 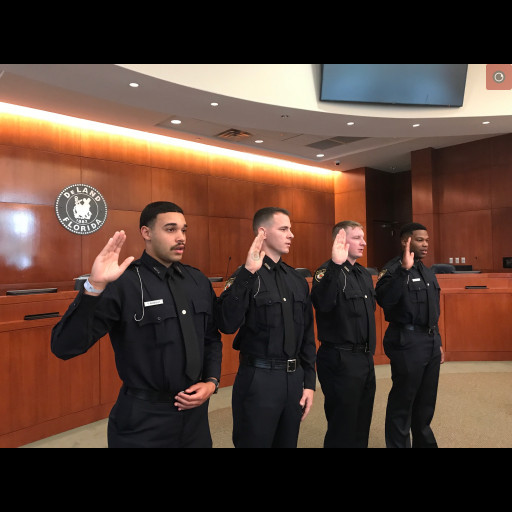