Last night, at the DeLand City Commission meeting, DeLand Police and Firefighters were recognized for saving the life of a community member who attempted suicide by hanging from the radio tower outside of the FDOT building on South Woodland Boulevard on March 30.

Upon initial arrival, DeLand Fire Battalion 80, in conjunction with the DeLand Police supervisor, established command to quickly determine the plan of action. As a path was set up for Tower 81 to set up aerial operations for the rescue, crews noticed that the individual had cut support cables from the radio tower and was attempting to tie those cables around a tower support and his neck.

The individual was around 80 to 100 feet in the air, and it took almost the entire length of the tower ladder to reach him, which did which they did within minutes.

Resuscitation was provided as the crew and the individual were lowered to the ground by Engineer Murray managing the controls. Patient care was transferred to other DeLand firefighters on the ground before the patient was transported by VCEMS to a local hospital.

The unique rescue required coordination, cooperation, and quick action to save a life.

“For that patient, that was his darkest day. For whatever reason, he felt life was not worth living and climbed that radio tower with the intent of killing himself. In fact, he came very close to doing so,” DeLand Fire Chief Todd Allen stated. “What our police and firefighters gave that man that day, was a chance to reevaluate, hopefully, reflect, and the ultimate chance to live another day. We hope as time goes on that his family and friends can help him move past this day. We do what we do for this community because we show empathy for those on their darkest day and bring the opportunity of hope for another day.”

If you or someone you know may be considering suicide, please reach out to the Suicide and Crisis Lifeline at 988.

DeLand Police Officers Awarded the Departmental Award of Merit, the 3rd highest award within the department: 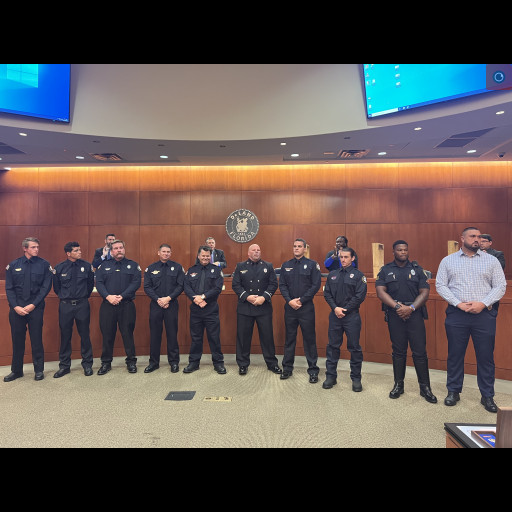