Ryan Riedinger, originally from St. Cloud, moved to the DeLand area in 2005. He attended Pine Ridge High School and Daytona State College and has certifications as an EMT, Corrections and in law enforcement.

Before coming to the PD, Riedinger enlisted with the U.S. Army where he served as a motor transport operator with the 81st Transport Detachment for two years. He also was a Volusia County Corrections officer for two years.

Nicolas Northcutt grew in the DeLand area and graduated from DeLand High in 2003.

In 2007, Nicholas graduated from the police academy at Daytona State College. In 2009, he was hired by the Florida Department of Corrections and was stationed at the Tomoka Correctional Institution in Daytona Beach where he rose through the ranks and was a sergeant before his departure.

He was a member of the prison SWAT team, designated armed response team, Tomoka Corrections K-9 team, which helped with escaped inmates and provided mutual aid to surrounding police agencies.

Welcome to the team Ryan and Nicolas! 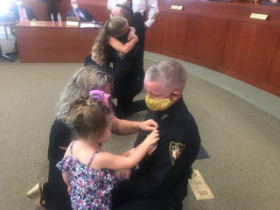 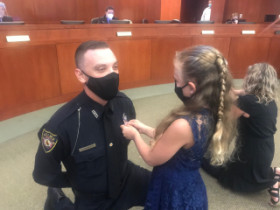 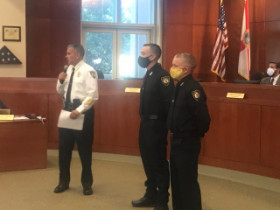