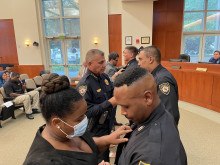 Here is a little bit about each officer:

Officer Burns was raised in Sanford FL, where he attended all 12 years of schooling. He graduated from Seminole High School in the year of 2017. He was involved in a lot of sports throughout his schooling while also being in J.R.O.T.C academy.

He was raised around law enforcement and truly admired the lifestyle of what cops do on a day to day basis. After working at a gun shop, he came into contact Officer Joshua Santos who gave him information about the DeLand Police Department.

He then applied to DPD knowing he was going to be in the right place for what he wanted to do and with the type of people he wants to serve and work with. He’s also enlisted with U.S Army Reserves as a cargo specialist.

During his free time, he races motocross and rides all over Florida with his friends and brother.

Officer Schramm was born in New York and his family moved down to Florida in 2001. He graduated in 2013 from Warner Christian Academy. Officer Schramm worked various jobs before beginning employment In 2018 for the Florida Department of Corrections and joined the Rapid Response Team.

The other specialized teams he had the privilege to be a part of were the Designated Armed Response Team and the Cell Extraction Team.

During his free time, he enjoys playing Guitar and playing paintball. He is excited to start his new career with the DeLand Police Department where he will help make the community safer. His goal in five years is to be a K-9 Officer.

Officer Phillips was born in Daytona Beach, Florida and graduated high from Spruce Creek High School in 2020 located in Port Orange. During high school experience he was a part of the JROTC program and during the program we would do events for the community such as help with the breast cancer 5k run. During his free time, he tries to spend it with his family and fish on the river. In five years, Officer Phillips sees himself being a part of the school resource officer program. He’s excited to start his career with the DeLand Police Department.

Officer Phillips was born and raised in Orlando, Florida. His highest level of education is a Bachelor's Degree in Criminal Justice.

He was previous a Correctional Officer at Orange County Corrections before coming to the DeLand Police Department.

Some of his hobbies are playing the saxophone, singing, cooking, and socializing with friends. Becoming a police officer is a dream come true. He aspires to one day become a homicide detective and a firearms instructor. 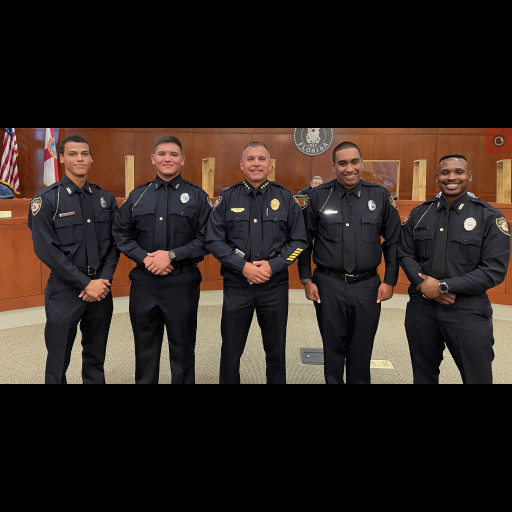