Arrest made in domestic altercation outside C's Waffles

A 30-year-old DeLand man is facing charges after confronting a woman in an incident that left him with a gunshot wound to his right leg.

Britten Polk, 30, has been arrested and charged with felony criminal mischief and two misdemeanor battery charges, among other offenses.

On Monday, June 13th, Polk confronted a woman, whose identity is being withheld, outside C's Waffles located at 413 South Woodland Boulevard regarding rumors about what she may have said about him. The two previously had been in a romantic relationship.

According to the investigation, as Polk approached the woman, she brandished a handgun and held it toward the ground. A struggle ensued and the firearm discharged, with one round apparently hitting Polk in the right leg. Witnesses to the event were able to separate the two until law enforcement arrived.

Polk eventually fled the scene and went to a relative's home in the 300 block of North Orange Avenue. He was later transported to Halifax Health Medical Center in Daytona Beach with non-life threatening injuries before being taken to the Volusia County Branch Jail. 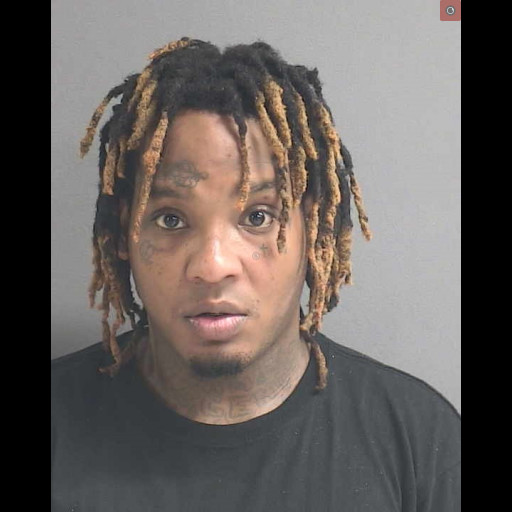