Arrest made in connection to November 2019 sexual battery case

(DeLand, FL) - DeLand Police have arrested a 48-year-old man in connection to a sexual battery case reported to authorities in November 2019.

On November 21, 2019 a 31-year-old female flagged down a passing motorist in the 400 block of East New Hampshire in DeLand and asked him to call 911. The victim stated to the motorist and police dispatchers that she was abducted and sexually battered. The victim stated that a Hispanic male forced her into his vehicle and drove to a remote section of East New Hampshire Avenue. During the incident the victim stated she was ran over with the vehicle and then sexually battered by the perpetrator.

When police arrived the victim was wearing only a sweater and her clothes were strewn where the alleged attack took place.

The victim described her attacker as a tall, slim built, Hispanic male in his 40s driving a newer model black Ford Mustang convertible. The victim was taken to a local hospital where she was treated for a broken arm and a sexual battery examination was conducted. Evidence was collected during the exam that corroborated the victims events of what occurred.  This evidence was submitted to FDLE for analysis.

Several community members told Detectives that they were familiar with the Hispanic male who drives a convertible black Mustang and lives in the DeLeon springs area. At least two other females told detectives that they have been battered by the same subject but because of their lifestyle did not report this to police.

During the investigation Detectives canvassed the DeLeon Springs area and located a black Ford Mustang and a Hispanic male who was in possession of the vehicle.  The victim was able to identify the male as her attacker. The victim also identified the vehicle as being the vehicle used during the incident. During an interview with the suspect he denied knowing the victim or having any involvement in the incident.

During the execution of a search warrant on the vehicle an article of the victim’s clothing was found in the suspect’s vehicle which contradicted what the suspect initially told police.

On Tuesday, January 21, 2020, while under surveillance the suspect, 48-year-old Rodrigo Reyes was observed operating a gray Toyota Camry just one block from where the abduction took place two months earlier. Reyes was immediately arrested and during an interview told police he was in the area in search of a prostitute.

Reyes was charged with kidnapping, sexual battery and operating a motor vehicle without a license. 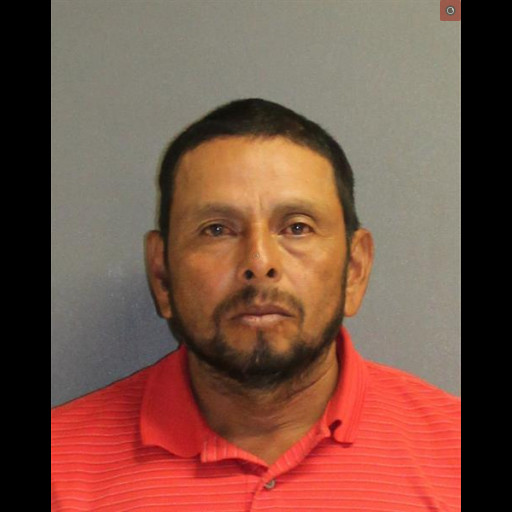