The promotions are part of Police Chief Jason Umberger's reorganization of the department.

"It's an exciting day for our police department," Chief Umberger said at Friday's ceremony. "It's always rewarding as a police chief to be able to recognize people that have studied and applied themselves to better themselves. But most importantly they have a desire to serve and make our agency better. And for that I am grateful that they want to step up and lead by example." 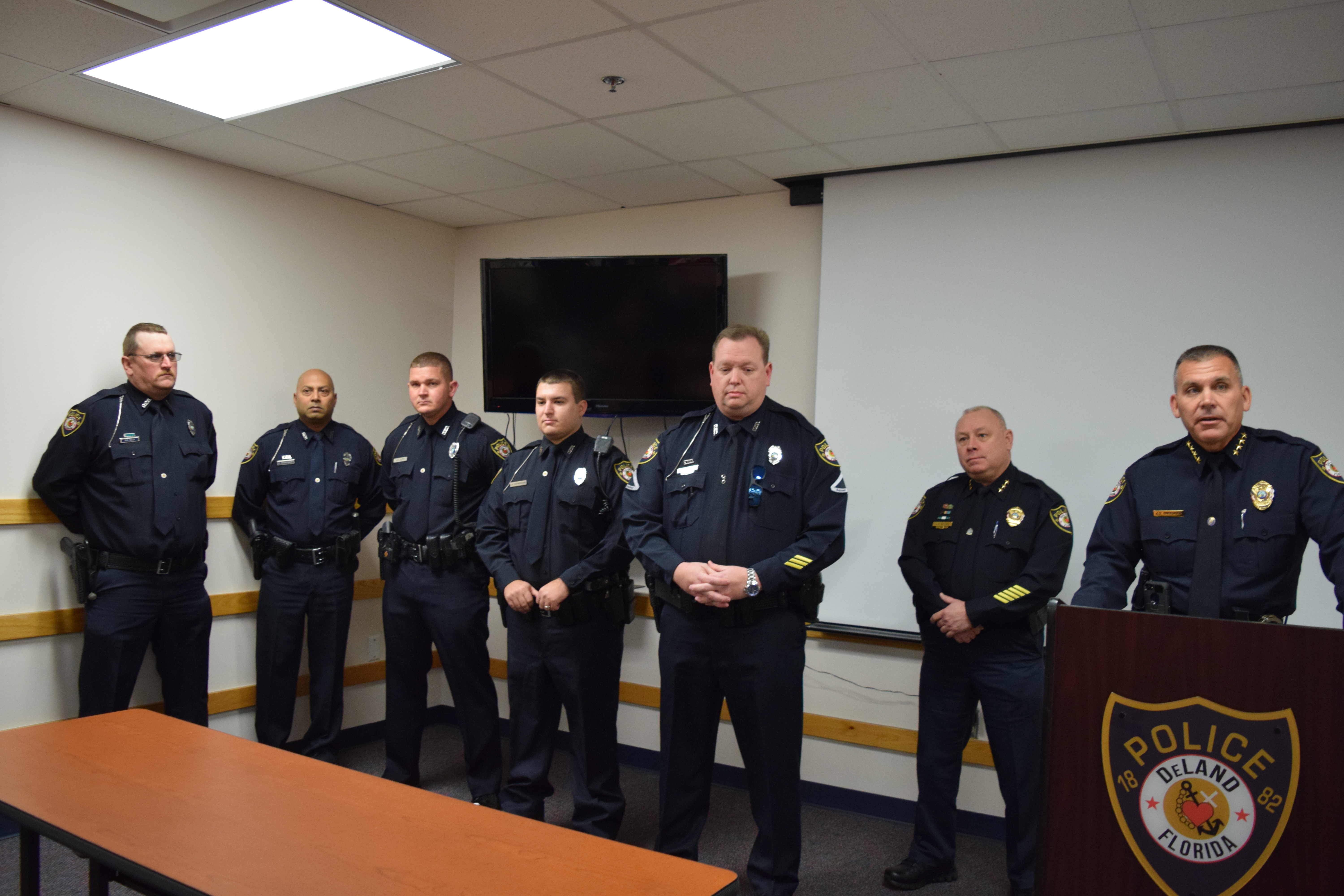 Justin Allen, who joined the DeLand Police Department in 2015, was promoted to the rank of sergeant and will oversee A squad.

Brian Kearney, a 17 year veteran of the force, was promoted to the rank of corporal.

K-9 Officer Richard Cody was promoted to the rank of Corporal. His K-9 partner is Daro. Cody has been with the department since 2008.

Ken Ramkissoon, who joined the police force in 2011, was also elevated to the rank of Corporal.

John Rutherford, a 3 year veteran of the force, was also promoted to the rank of Corporal.

Congratulations to all on your promotions. They are very well deserved! Pictured above are the officers who received promotions Friday as well Chief Umberger, Deputy Chief Gary Batten and Captains John Anderson and Pete Moon.